Get fresh music recommendations delivered to your inbox every Friday.
We've updated our Terms of Use. You can review the changes here.

Three On A Match

by The Love Load 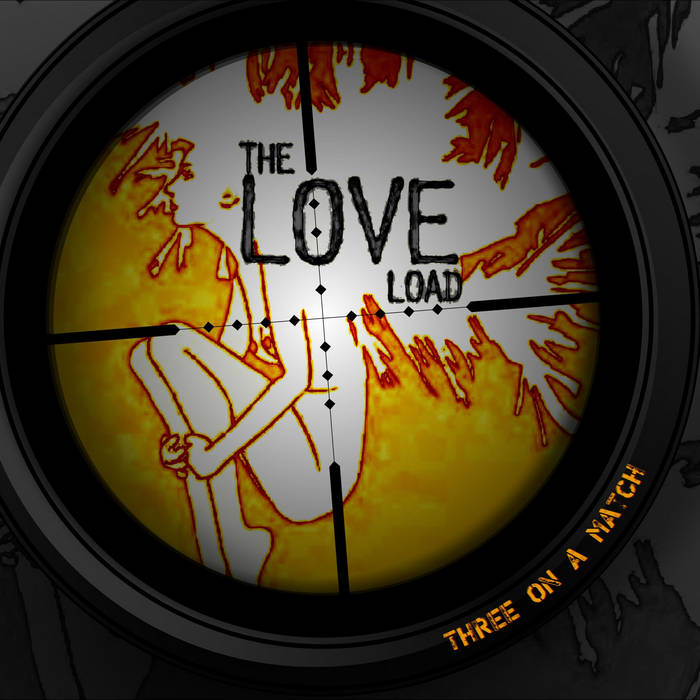 Washington D.C. power trio, The Love Load, has released a four song e.p. entitled “Three On A Match” following their internationally acclaimed debut, “The Human Resourceful”. This second release sees the group both coalescing as a true band with Ted Watts handing over all the guitar reins to Blaine Misner ( who also produced, mixed, and recorded the record aided by assistant engineer William H. Waikart III) and regressing into punk aggression served up on a soon to be release 33rpm 7inch complete with a digital download card.

The contradictions continue as each track is alternately inward looking, outward looking, forward looking, and backward looking with one track actually ending with a verse from a Boomtown Rats’ song. Watts sings in the first person assuming different personas, jumps to third person omniscient in a moment, audaciously uses the editorial/royal “we”, and references the past, present, and future within the space of a three and a half minute rock song. There are even glimmers of hope amongst some of the gravest subject matter. Oddly, The Love Load makes it work. The songs are brief but dense both in instrumentation and lyrical content and impart live room energy and disciplined attack.

Similarities include Dischord veteran Ben Azzara’s epic and idiosyncratic drumming and the darkness of Ted Watts’ mind and throaty vocals. Differences include Blaine Misner’s divergent, wondrous, guitar voicing that consistently rocks even as the tones and moods quickly change: shredding one moment and chiming the next, his actual voice on one song, and the co-writing he did with Watts. Different also is Watts stretching out on bass more and grooving and pounding with Azzara. The net effect is that each member took a step back putting on his old colors, and this step brought them closer together as artists pushing The Love Load forward.

“Three On A Match” offers the listener a time bending, mind bending trip for those who dare to briefly drop their tools and weapons, wade into the dusk ocean with its early stars, and chase the dying sun for fourteen minutes without looking back.

Alex Rita and Errol from Touching Bass feature in our special London edition of the Bandcamp Weekly.